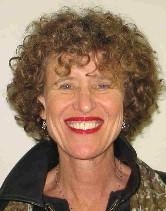 Throughout most of my career, my research interests have lay principally at the intersection of gender, reproduction, and health. I have done field research in urban Colombia, rural Mexico, and with diverse ethnic groups in the U. S. In Cali, Colombia I investigated the circumstances that led pregnant women with unintended conceptions to seek illegal abortion. In rural Mexico, I sought to understand how local political relations shape gender-based reproductive strategies. Since 1989, I have worked mainly in the U. S. on issues surrounding the medicalization of pregnancy and prenatal care, particularly the ways that prenatal genetic information may alter reproductive experience.  Broadly based on these interests, my collection, Reproduction, Globalization and the State: New Theoretical and Ethnographic Perspectives (co-edited with Carolyn Sargent) was published in 2011 by Duke University Press.

Building upon and expanding my longstanding research into the social impact of decoding the human genome, and meanings and uses of genetic information, my current work focuses on the growing role of genetic testing in the field of neurology.  My monograph, Neurogenetic Diagnoses, the Power of Hope, and the Limits of Today’s Medicine, co-authored with Mabel Preloran (2010, Routledge), explores the diverse meanings and impacts of genetic diagnoses for patients enduring currently incurable, ultimately fatal neurodegenerative diseases — and for their family caregivers and clinicians.  The analysis is framed by increasingly sharp social debates over the consequences of decoding the human genome — and the impact of genetic technology on our lives.  Currently, with a team of neurogenetics experts and health services researchers, I am continuing this work with an investigation of when and why community-based neurologists order genetic testing and refer patients for neurogenetic specialty consultations.

Some of my other work has concerned how couples from Mexican backgrounds who are offered amniocentesis decide whether to undergo the procedure, how conflicts between a woman and man over whether to be tested are resolved, and the role genetic counselors play in couples’ amniocentesis decisions.  A follow-up study enabled me to deconstruct the strategies prenatal genetic service providers use to communicate information about prenatal genetic testing options to Latinas with limited education and/or English living in south Texas and southern California.  Other projects have examined how Latino couples make decisions about condom use; the meanings associated with cervical cancer held by women and men living on both sides of the U.S.-Mexican border; and the use of reproductive health services by homeless women in Los Angeles.

Other current projects include a collaboration with professors from the UCLA Dental School to study motivations for volunteering on a medical mission to treat Mexican children born with cleft lip and palate; a project sponsored by the UCLA Departments of Medicine and Rheumatology on the real life contexts of lupus-associated “flares” among women of diverse ethnic and social class backgrounds living in Los Angeles; and the longitudinal processes that have contributed to rural Bali’s dramatic fertility decline.

My work has been funded by the National Science Foundation, the National Institutes of Health, the Agency for Health Care Policy Research, the Centers for Disease Control and Prevention, private donors and private foundations.

I teach graduate seminars in Medical Anthropology; The Anthropology of the Human Body; The Politics of Reproduction; and Anthropological Perspectives on Genetics, Genetic Testing, and Genetic Knowledge, as well as courses in research design and methods to graduate and undergraduate students.

My professional service has included membership on the Scientific Advisory Committee for the State of California’s Birth Defects Monitoring Program and on the Executive and Advisory Boards of several University of California institutes including UC-MEXUS, the Institute for American Cultures, the Institute for Development Studies, the International Institute, the Latin American Center, and the Center for the Study of Women.

I consult on a wide variety of research projects on women’s and Latino health in southern California, on the U.S.-Mexican border, in Mexico and elsewhere in Latin America.