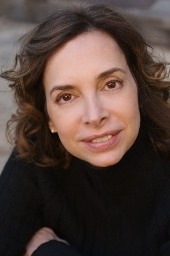 Rhonda Hammer received her MA in Communications from Simon Fraser University and her Ph.D. in Sociology from York University in Canada. She is currently a Lecturer in Gender Studies, Social Science & Comparative Education and Cinema & Media Studies at UCLA, as well as a Research Scholar at the UCLA Center for the Study of Women. Dr. Hammer’s research is in the areas of feminisms, cultural studies, sociology, engaged pedagogy, critical media literacy and the politics of representation in film, television and new media, and she has published numerous articles, chapter and books on these subjects. This includes her co-edited 2009 anthology, Media/Cultural Studies: Critical Approaches, which describe and analyzes dimensions of contemporary media, consumer, and digital culture. In an earlier 2002 book, Antifeminism and Family Terrorism: A Critical Perspective, Dr. Hammer examines the media backlash against women and feminism, within the larger context of violence against women, children and the elderly in both local and global domains. Rhonda has been teaching in departments of Gender Studies, Education, Film, Sociology, and Communication’s for many years at a number of Canadian and US universities, including USC and UCLA. Dr. Hammer incorporates both theory and practice in many of her classes, especially those in video and new media production, which she has taught in various incarnations since the late 1970’s. Students with little, if any, production experience have been producing remarkable short documentaries and montages for over 10 year, some of which have been chosen for screening at film festivals. These courses find their basis in Dr. Hammer’s own long term experiences in grassroots and educational freelance and contractual video production, in which she has worked in a variety of capacities, including camera, editing, directing and producing.

“Third Wave Feminisms, Sexualities, and the Adventures of the Posts,” co-authored with Douglas Kellner in Women in the Public Sphere. Edited by Eve-Alice Roustang-Stoller. New York:  Palgrave Macmillian, 2009: 219-234

“The Gospel According to Mel Gibson: Critical Reflections on The Passion of the Christ,” co-authored with Douglas Kellner in Christotainment: Selling Jesus through Popular Culture.  Edited by Shirley Steinberg and Joe Kinchloe. Boulder: Westview Press, 2009: 83-115. (Revised and expanded Journal article).

“Globalization and Critical Feminisms: Post 9/11” in Education, Globalization, and the State, in the Age of Terrorism. Edited by Michael Peters. Paradigm Press: Boulder, 2005: 95-109

Militarism and Family Terrorism: A Critical Feminist Perspective.” The Review of Education, Pedagogy and Cultural Studies, Volume 25, No. 3, 2003: 231-256

“Globalization and the Politics of Representation” (lecture), Center for International and Development Education (CIDE) and Relief International for Global Perspectives of Democracy, Exchange Program, UCLA, August: 2012