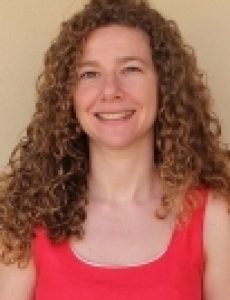 Transnational feminisms; cultural politics; gender, labor, and affect; and religion, secularism, and the public sphere, with a regional focus on Turkey and the larger Middle East

I am an assistant professor of Gender  Studies at the University of California, Los Angeles. My teaching and research interests include transnational feminisms; cultural politics; gender, labor, and affect; and religion, secularism, and the public sphere, with a regional focus on Turkey and the larger Middle East.

My primary scholarly agenda is to explore how gender and sexual minorities survive, resist, and even thrive within neoconservative and neoliberal encroachment upon their life worlds. My book-in-progress, tentatively titled Gendered Fortunes: Feelings, Publics, and Labors of Divination in Postsecular Turkey, focuses on gendered practices and discourses of divination as a means of economic survival and cultural expression for women and LGBTIQ individuals in contemporary Turkey. Articles from this research have appeared in Gender and Society and European Journal of Cultural Studies. In “Fortunes for Sale: Cultural Politics and Commodification of Culture in Millennial Turkey” (2015), I examine the gendered cultural politics of religion and secularism in Turkey through the lens of commercialized divinations. In “Feeling Labor: Commodified Intimacy and Commercial Divination in Turkey” (2015), I propose the concept of “feeling labor” to address the specificities of commercial divination work in Turkey in particular and of feminized affective/emotional labors in the transnational economy in general.

My ongoing research is centered on gender politics in Turkey under the transnational currents of neoliberalism and neoconservatism. In “Just a Distraction from ‘Real’ Politics?: Politics of Intimacy in Turkey” (2016), I insist on the political significance of “neoconservative familialism,” a rearticulated promotion of “traditional” family values through governmental discourse and policy in the context of a transnational strengthening of feminist and queer movements. In “Blessing Neoliberalism: Economy, Family, and the Occult in Millennial Turkey” (2015), I explore how the occult idea of divine blessings traverses intimate and economic spheres, stiches together neoconservative and neoliberal rationales, and mobilizes heteronormative familialism in order to increase economic profitability. Co-authored with Salih Can Aciksoz, in “Erdogan’s Masculinity and the Language of the Gezi Resistance” (2014), we explore the gendered exercise of political power in the context of “masculinist restoration,” a political project of reestablishing patriarchal authority in times of feminist and queer mobilization.