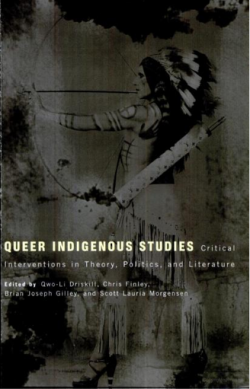 By the time England decided, somewhat reluctantly, to colonize Aotearoa/New Zealand, their resources were spread thin — the independence of the United States, centuries of competition with France, Holland, Spain and Portugal had taken its toll. In addition, the rise of humanistic ideologies, European scientific rationalism, the dominance of Anglicanism, and the influence of an age of Reason facilitated the creation of a new racially gendered, classed and sexualized body — the half-caste.

In 1859 the Rev. John Morgan argued, “The education of the Anglo Maori race is most important. They are generally speaking Grandchildren of leading chiefs and if their education is now neglected and they are suffered to grow up in ignorance amongst the Maori population, they may prove injurious to the Aborigines, and troublesome to the Government and the Colony, but if on the contrary they are now educated watched over and trained in the habit of religion and honest industry, they will generally speaking marry amongst themselves, or with respectable English squatters and settle down on land given to them by their Maori relatives, and prove we may reasonably open a great blessing to the Colony, and a band of union between the European and Maori population.”

In the proposed paper I draw on primary sources to explore deployments of landed nationhood and sexuality in the liminal bodies of the mixed race offspring of Maori mothers. It is an examination of the complex renderings of intimacy, violence, desire and betrayal in the inherent proximity of colonization.