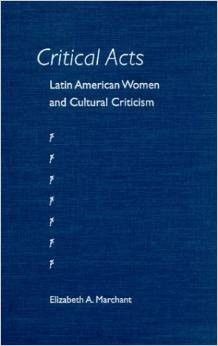 Though Marchant acknowledges the persistence of the “bearded academy” — referring to the male-dominated nature of literary institutions — she challenges the assumption that women did not engage in the production of culture and knowledge in modern Latin America. Looking at the broad contexts in which the three authors wrote, she explores their views on race, culture, gender, and national identity, bringing into focus women’s impact on the writing of the history of ideas in Latin America as well as their traditional influence as writers of personal themes. She also examines the neglected study of the critical essay as a genre.

Solidly grounded in feminist theory, cultural criticism, and social history, this book offers important ground-breaking perspectives on the issue of gender criticism and the study of Third World women writers.