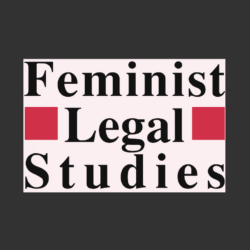 On 27 March 2014, Loreal Tsingine, a 27-year-old Navajo woman was shot and killed by Austin Shipley, a white male police officer, also 27 years old, who said he was trying to apprehend her for a suspected shoplifting. Shipley was never charged, and the Department of Justice declined to investigate the Winslow police on the matter. This article explores Shipley’s killing of Loreal Tsingine and the police investigation of the shooting as quotidian events in settler colonial states. Police shootings of Indigenous people and the legal response to police use of force (along with everyday settler violence) are a part of the racial terror that is a central part of settler colonialism. Both the shooting and the official narratives of it as a justifiable use of force reveal the psychic and material underpinnings of a settler state, a state that continually imagines and consolidates itself as a community of whites imperiled by Indians among others. White settler violence directed at those imagined as threats lives just beneath the surface of everyday settler life, and importantly, flows through institutions such as policing, embedding itself in everyday professional routines. The extractive relations that are the basis of settler colonialism require and produce white subjects for whom Indigenous lands and bodies are the resource for white identity; policing is one site where white men and women (as well as those aspiring to whiteness), can enact racial hierarchy on behalf of the colonial state with impunity.