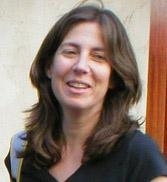 Elizabeth Marchant is an Associate Professor of Gender Studies and Comparative Literature. She also serves on the Faculty Advisory Committee of the interdisciplinary program in Latin American Studies. She earned her doctorate in Spanish and Portuguese from NYU, master’s degrees in Latin American Studies and Spanish and Portuguese from Stanford, and her bachelor’s degree from Smith College. Professor Marchant is the author of Critical Acts: Latin American Women and Cultural Criticism (University Press of Florida, 1999). She recently co-edited Comparative Perspectives on the Black Atlantic, a special issue of Comparative Literature Studies. In 2005, she was a recipient of the UCLA Distinguished Teaching Award. She has also taught at UCSB, Brandeis University, NYU, and Stanford. At UCLA, she has served as the Chair and Graduate Vice-Chair of the Women’s Studies Department, Director of the Brazil Travel Study Program, and Chair of the Latin American Studies Program on Brazil. Professor Marchant currently is completing a book entitled, Brazil and the Black Atlantic: Cultural Inclusion and Citizenship, which examines contemporary Afro-Brazilian expressive culture as a means to re-conceptualize the notion of the “Black Atlantic.”